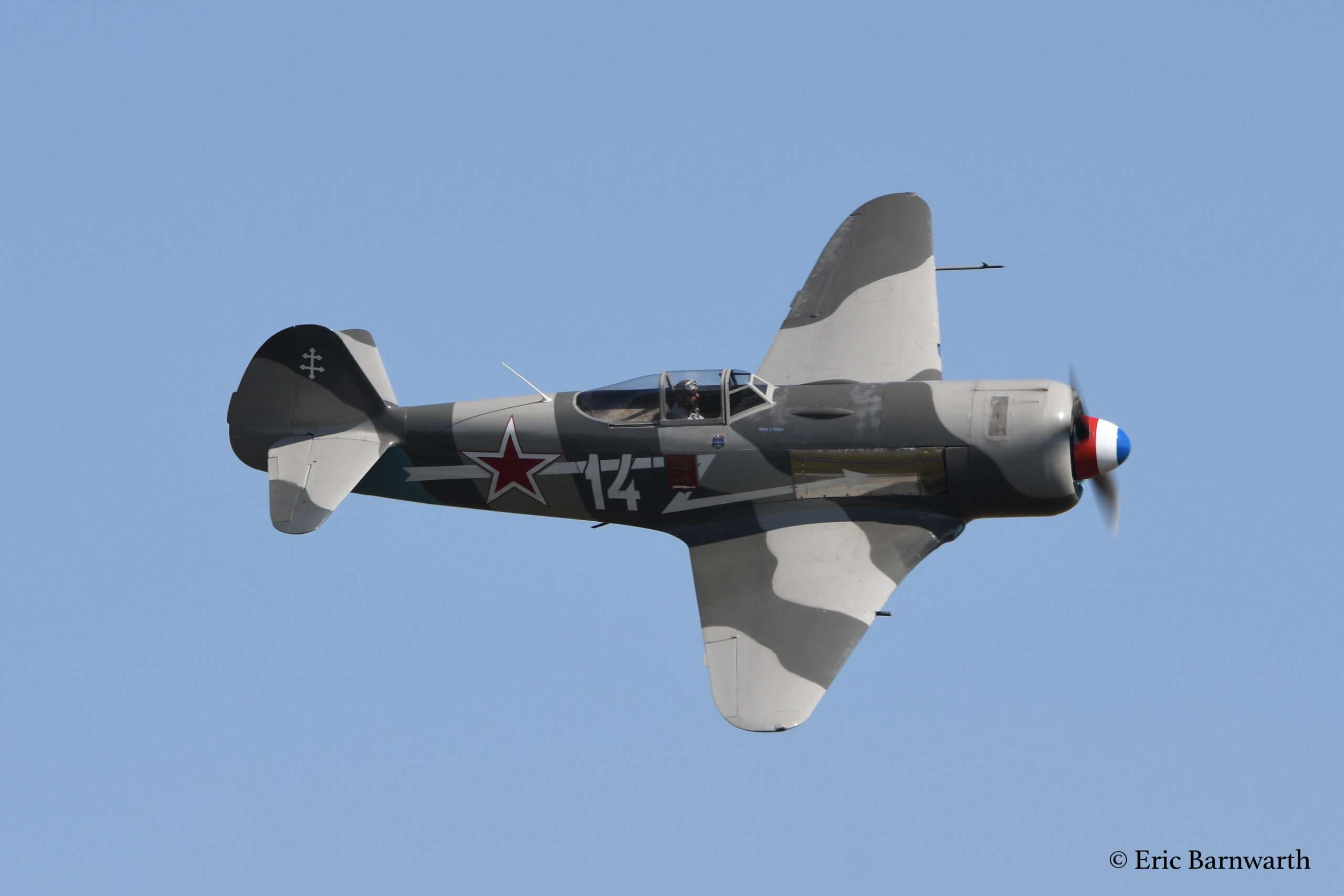 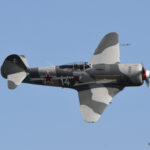 This advanced training aircraft is one of those built by LET in Czechoslovakia.
After leaving the factory in 1948, it was affected to the Czechoslovakian Air Force, but was allegedly never flown then.
In 1982 a group of enthusiasts acquired 41 of these Yak-11, abandoned as wrecks in the Egyptian desert.

The Yak-11 numbered 25111/05 became property of Pierre Dague, who had it converted to single seater and supervise its full restoration, and in particular the overhaul of the Shvetsov ASh-21 engine (760 hp at 2300 tr/mn) undertaken by Serge Guyot.

The aircraft flew in May 1987 at La Ferté-Alais, carrying the colours of the Yak-3 of Marcel Lefèvre’s, one of the French pilots of the famous « Normandie-Niemen” squadron that fought on the Eastern front within the soviet air force.

F-AZNN was sold to George Perez in 1999 and is now based at Melun-Villaroche within the fleet of France’s Flying Warbirds.