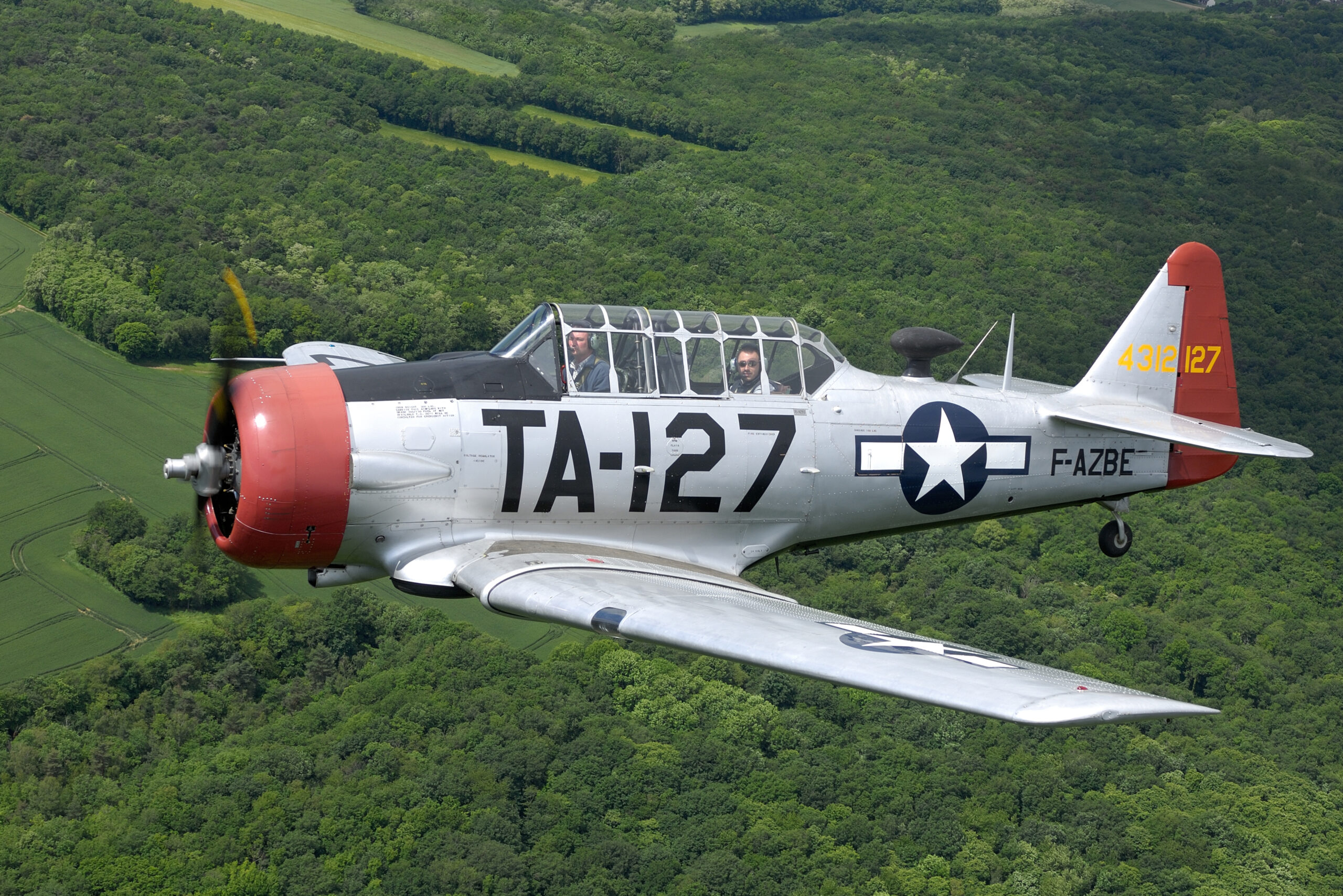 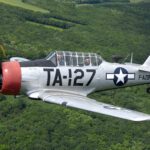 The North American T-6 Texan is a trainer aircraft originally designed for the training of American fighter pilots during World War II.

Indispensable in the learning stages preceding warbird missions, its role was essential in the training of the Allied forces.

Several countries, including Peru, Israel, Greece and also France, armed it for use as a fighter plane.

This T-6G was reconstructed from various parts. Its livery corresponds to a USAF school of the 1940s. The red engine cover and tail made it easier to distinguish the aircraft in a crowded environment of training airfields.