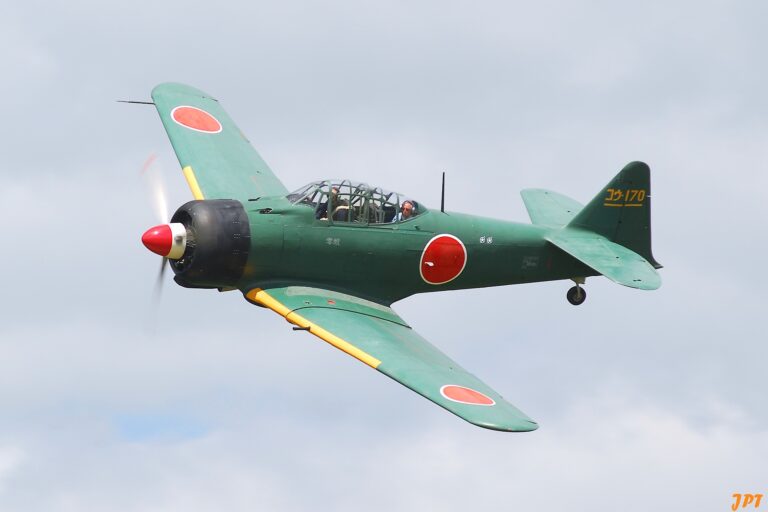 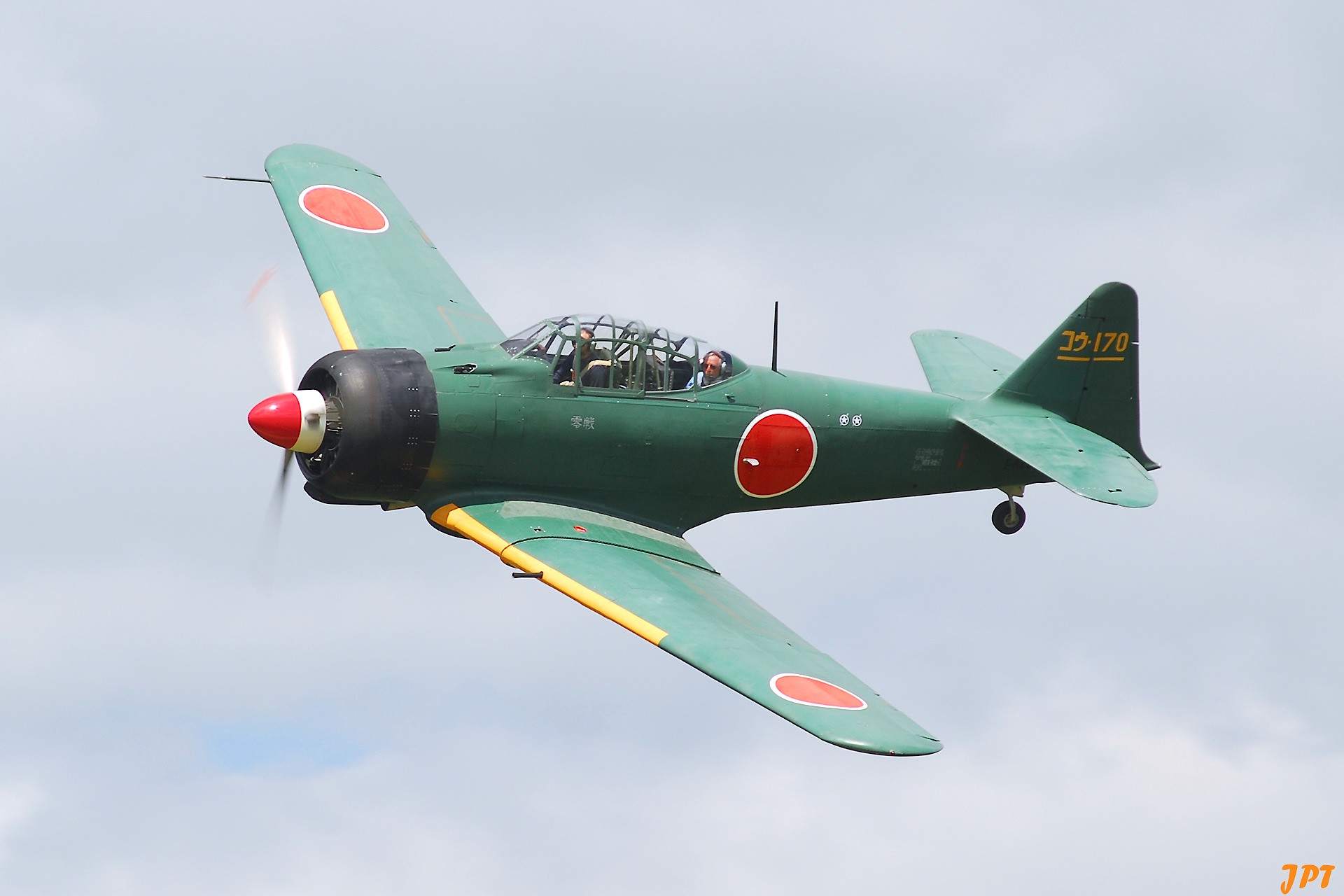 The T-6 F-AZZM is not (or rather, is not any more) quite a T-6 … For cinema purposes, it was transformed to play the role of a Japanese “Zero” on screen, in the movie Empire of the Sun, by Steven Spielberg.

The official code name used on the Allied side for this aircraft was Zeke, but it was popularly known as “Zero”.
In 1937, the Japanese Navy issued two companies with extremely demanding performance specifications.
Nakajima found the specification impossible to achieve, while Mitsubishi decided to rise to the challenge, focusing on designing an aircraft as light as possible. A new aluminum alloy, Extra Super Duraluminium (ESD), developed by a Japanese foundry, contributed to this feat.
As early as 1939, the Zeros began to roll off the production lines. The aircraft demonstrated excellent maneuverability, significant firepower and a very long range. These remarkable assets largely contributed to the Japanese decision to launch the attack on Pearl Harbor on December 7, 1941.