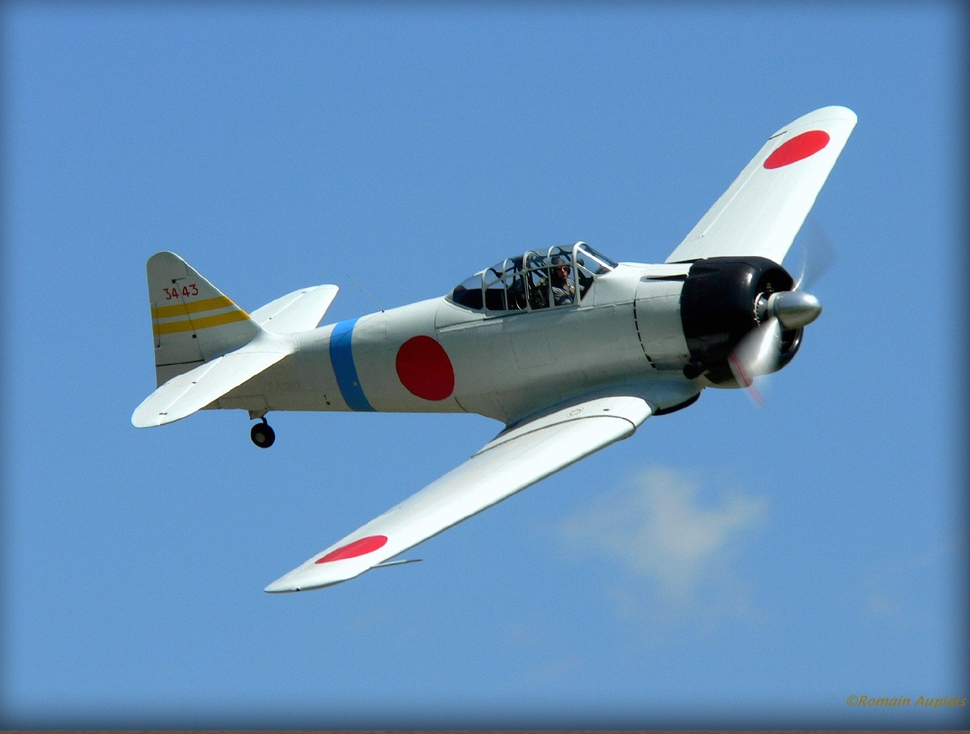 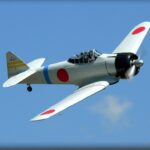 The F-AZRO is a T6 which, after being recovered as a wreck at La Ferté Alais, was fully restored by the Aérorétro association.

It flew again in 2006. All the parts modified for the resemblance to the Japanese Zero had been manufactured to make another T6 of the association, the F-AZBL, play the role of a Zero in the film “Empire of the Sun’.