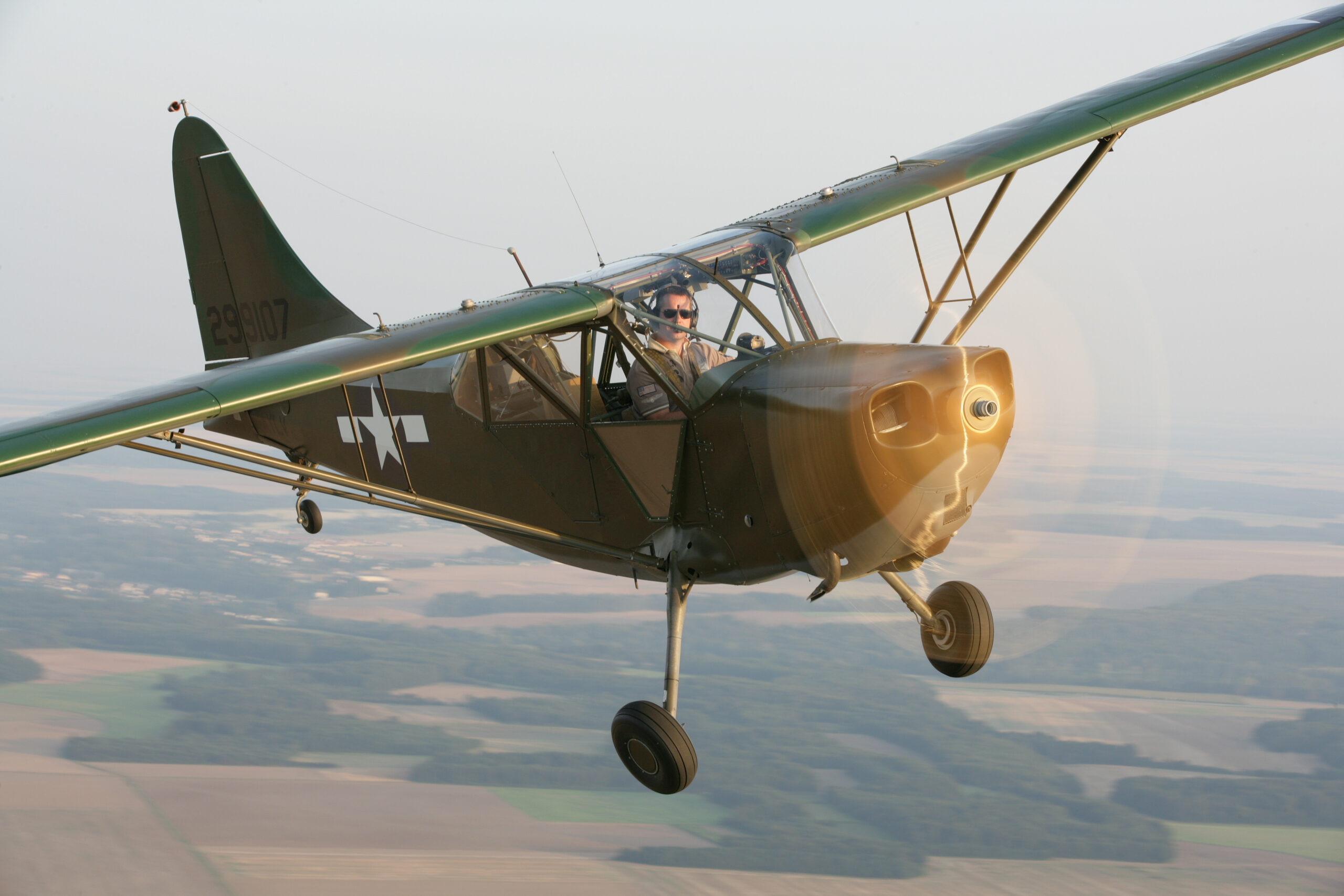 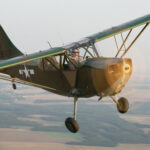 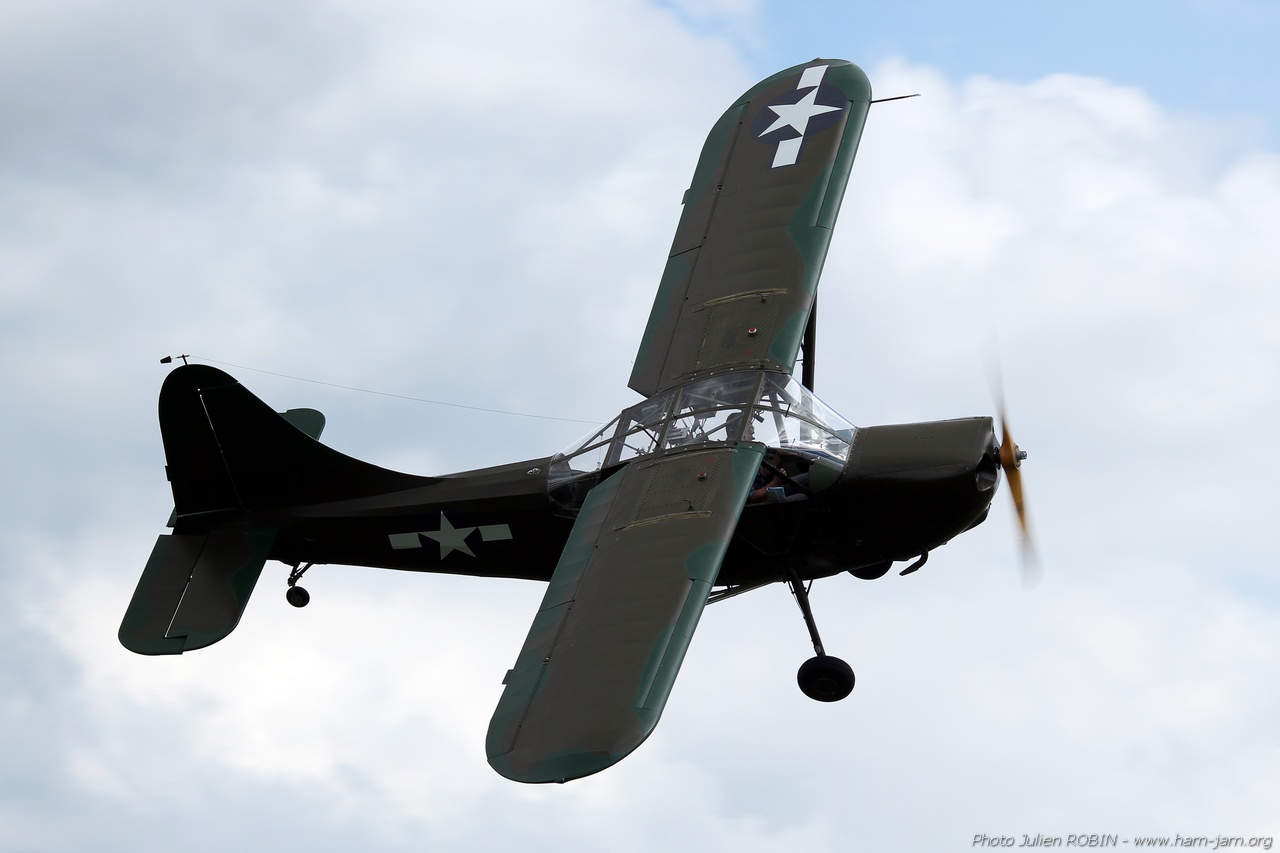 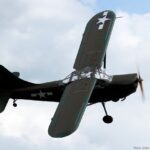 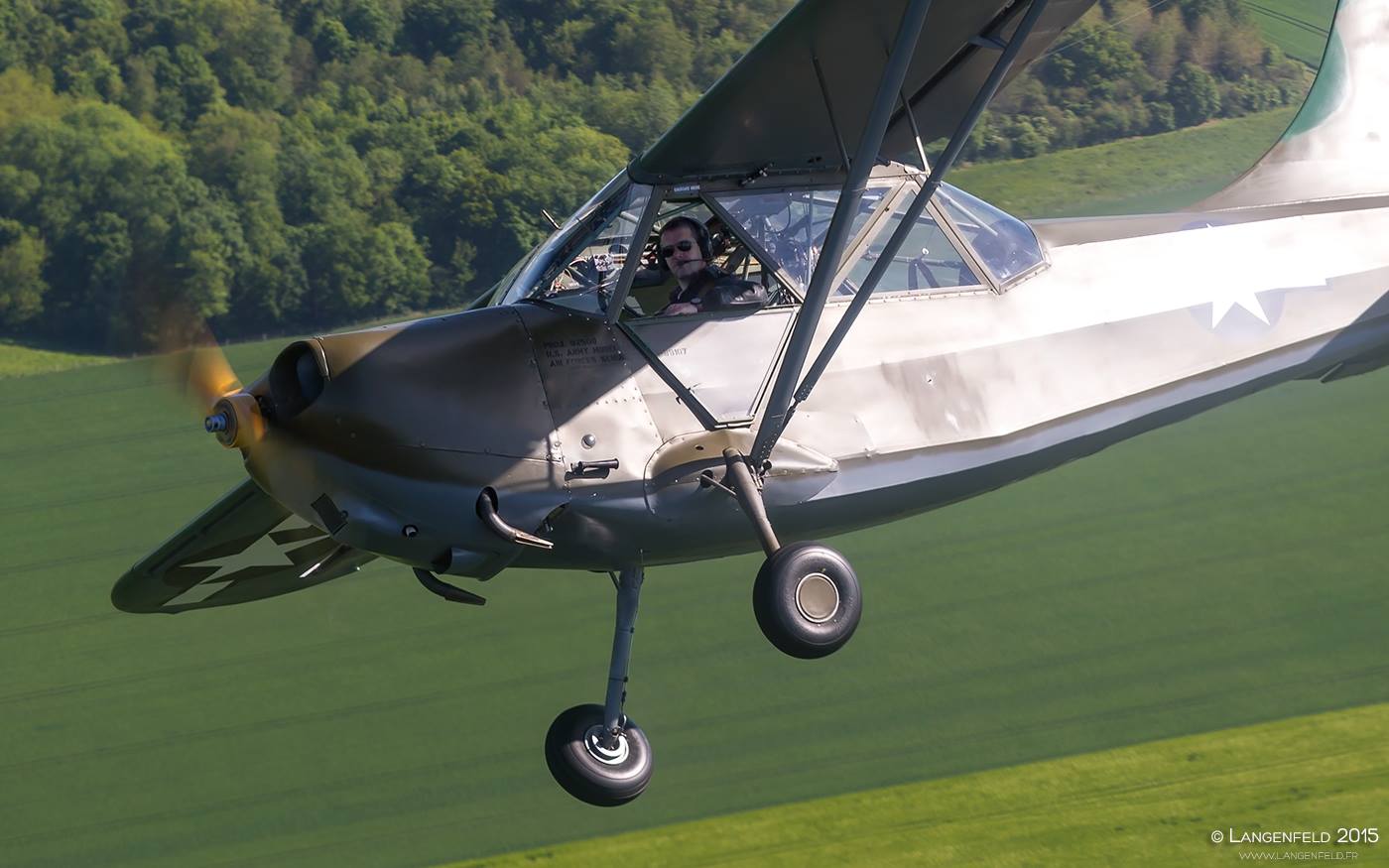 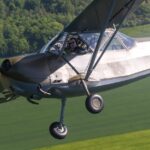 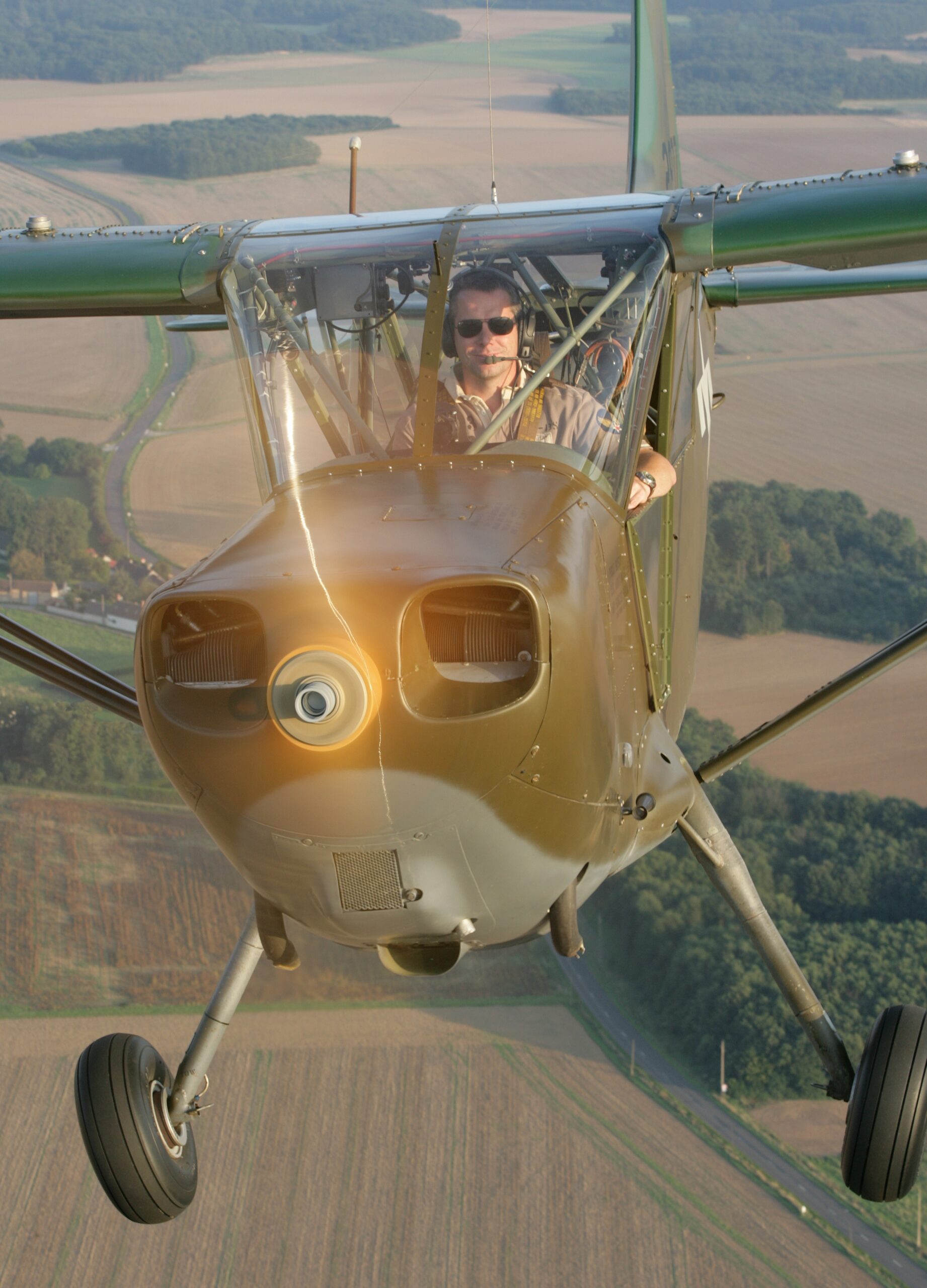 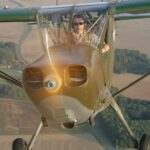 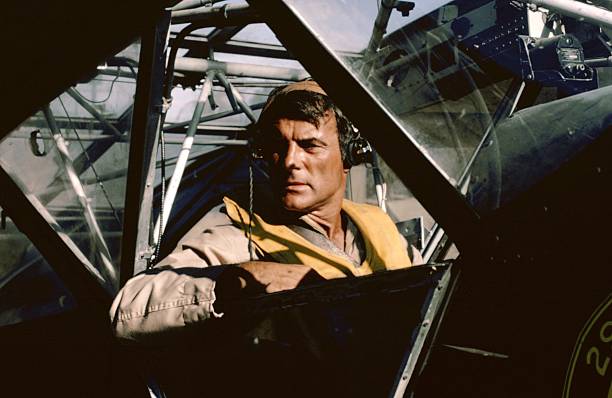 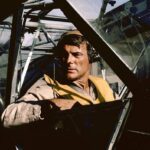 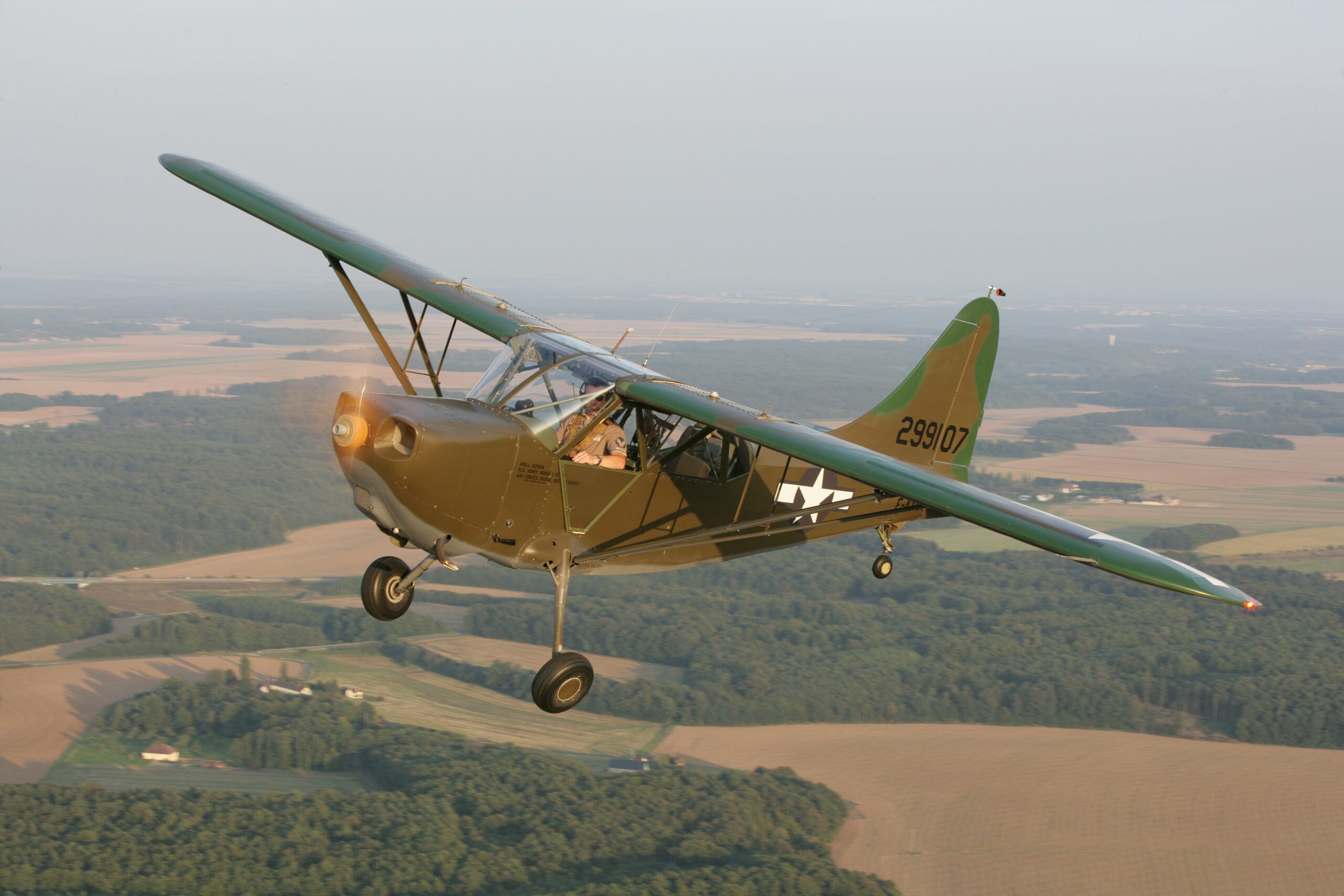 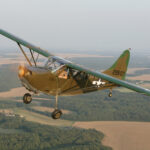 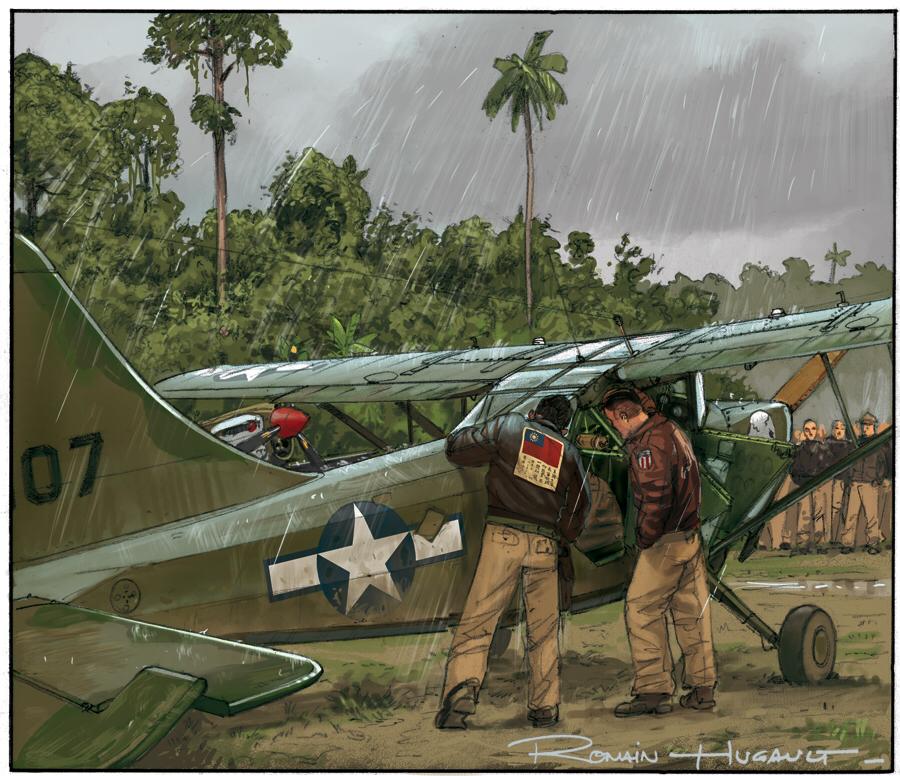 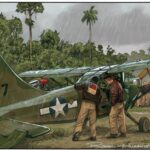 The Stinson L-5 Sentinel had a paramount role in the Pacific theatre.

Thanks to its short take-off and landing performances, it could land in small clearings to retrieve the wounded or stranded men. Thanks to the “Brodie system”, it could even tcould take off or land with the aircraft hooked to a trolley that ran along a cable. The cable and trolley could be rigged on very short jungle fields, or even on ships. F-AYLV, rolled out of the Vultee/Stinson Factories, Wayne, Michigan, in early January 1944, with build number 76-1348.

The following February 11th, the US Army Air Forces assigned it the number 42-99107 and, on March 21st, it left the port of New York on a freighter bound for Great Britain where it was disembarked on April 5.
From what is known, this aircraft participated in the June 6th landings, followed Patton’s army, and ended up in Belgium, where the American planes that took part in the capture of Germany were stored.
On January 16, 1952, it was taken into account by the Aeronautica Militare Italiana which assigned it the registration number MM52970 and had it flown until 1955. On April 28th, it entered civilian life under the registration I-AEFZ, and was used to tow gliders at the Parma flying club, until 1994.

Italo Batiolli then chose it to be his third, and most perfect, of his restorations, deciding to restore it ‘as out of the factory’ to the smallest detail.
Today, it represents an aircraft of the First Air Commandos Group and flies along with the other L-Birds of the Ham and Jam association, in Normandy.