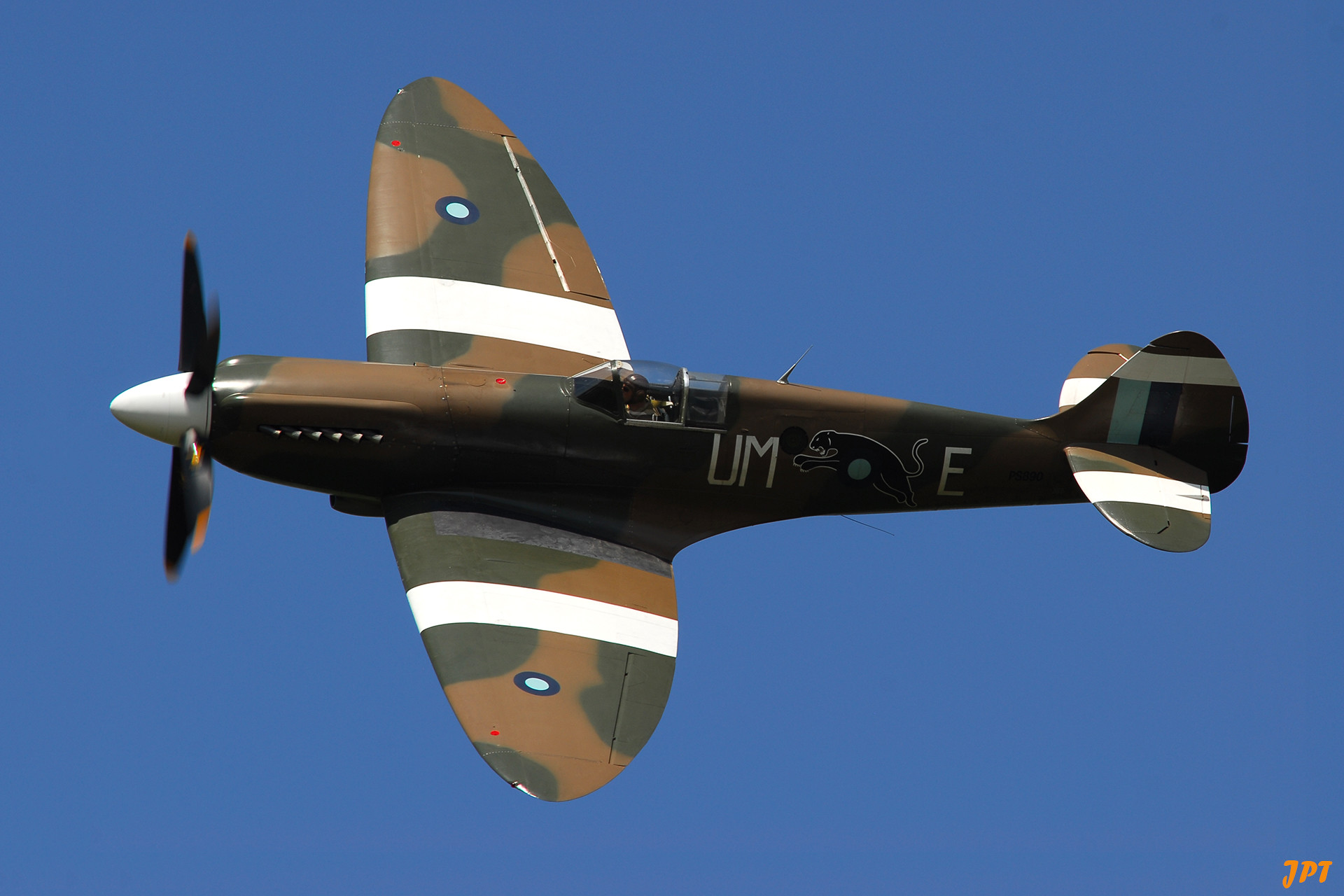 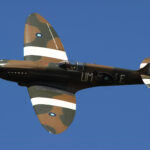 Built as a PR.XIX with a Griffon 66 engine at Supermarine Aviation (Vickers) Ltd. in 1944 and given production prototype engine mount modifications on 29 November 1944, arriving at 6 Maintenance Unit on 9 April 1945. She was moved to RAF Benson (PRU) for storage on 30 April 1945. PS890 joined 542 Squadron on 13 June 1945 followed by 81 Squadron at Seletar, Singapore on 22 January 1951. She was transferred to The Royal Thai Air Force as U14-26/97 on 3 June 1954. In 1962 she was donated by King Bhumibel of Siam to Ed Maloney of the Air Museum at Claremont, California, U.S.A. and put into storage. During a rebuild PS890 was fitted with a Shackleton engine and retained contra-rotating propellers flying again in May 2002 and operated by Planes of Fame, Chino. In 2005 Christophe Jacquard acquired her and based her in Dijon-Darois, France, and modified several times the engine and propeller configuration.
A take-off accident in 2017 led to some major restoration work, and PS890 resumed flights on August 6, 2020.