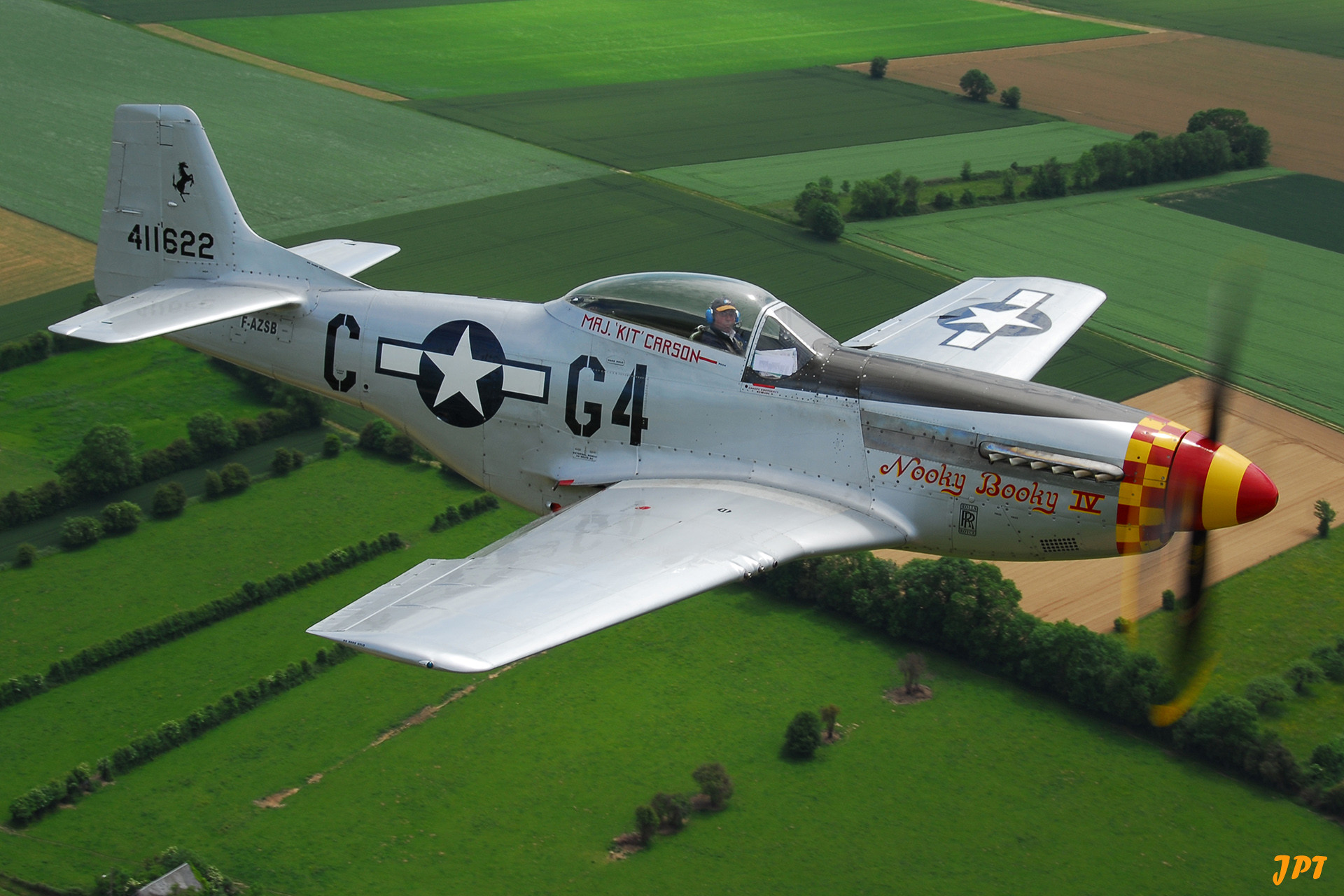 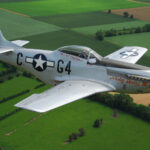 Developed at the request of the British who wanted an upgrade after the Curtiss P-40, the P-51 was designed I a record time by a young Californian company, North American Aviation.

Equipped with a Rolls-Royce Merlin engine, the P-51 becomes one of the best WWII fighter aircraft, thanks to its laminar flow wing. It can escort bombers as far as Germany thanks to its great endurance. The P-51 enabled the US Army Air Force to gain air supremacy over all the propeller aircraft of the Luftwaffe and the imperial Japanese air forces. All types included, 15 700 were produced.

The P-51D “Nooky Booky” is one of the based aircraft that will be part of the Paris Villaroche AIR LEGEND airshow.
She used to belong to the famous pilot Bob Hoover, who famously escaped from Germany in 1944… in a FW190 he stole from the Luftwaffe!
Nooky Booky carries today the colours of the P51 of flying ace Major Leonard “Kit” Carson, after flying for fifteen years within the  France’s Flying Warbirds collection, it was acquired by The Flying Bulls in early March 2021.