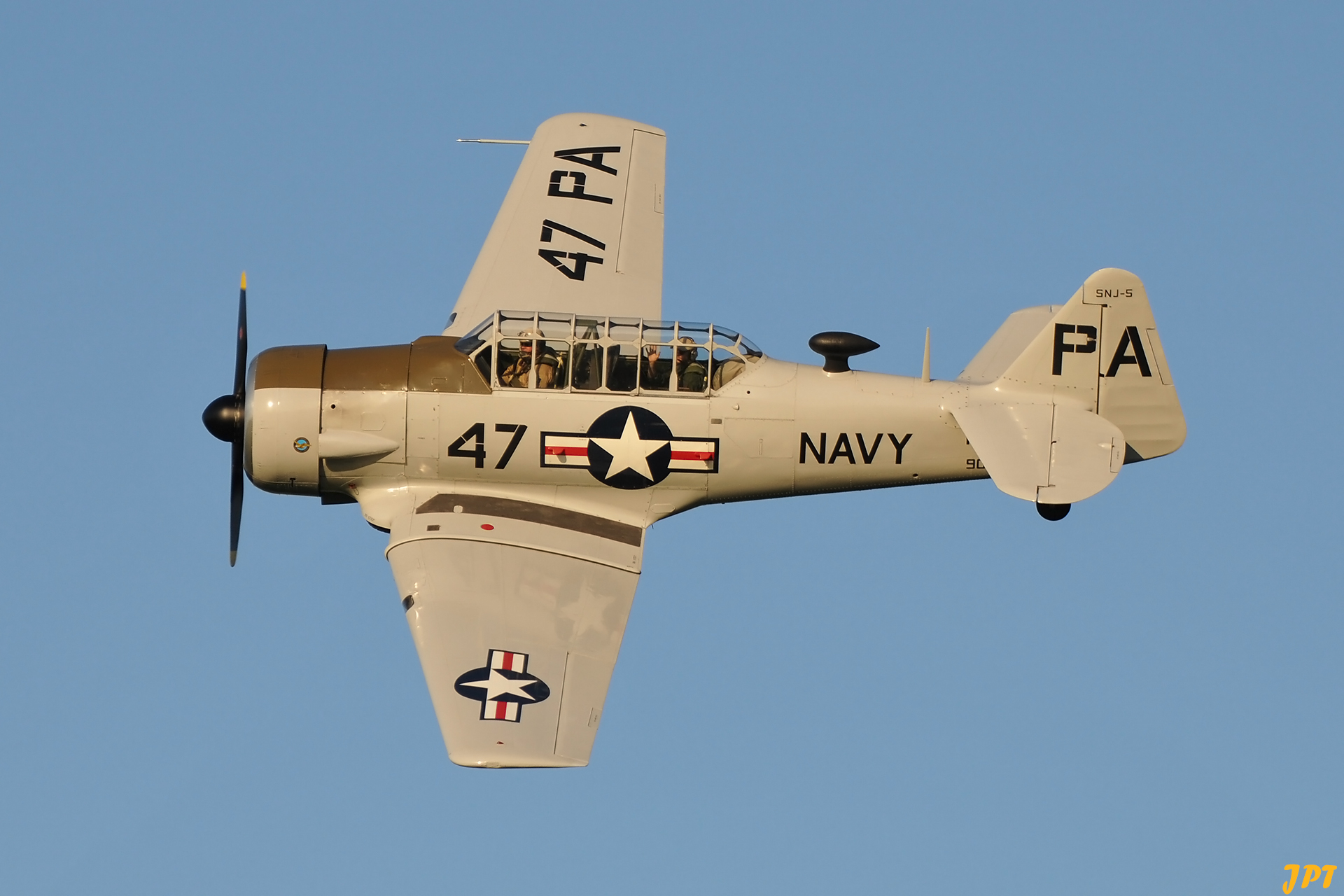 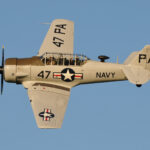 After researching the history of this aircraft, it turns out that she began her career in the US Navy after being commissioned as an AT-6D for the USAAC.
Ordered in 1942 and built in 1943, this airplane bears the manufacturer number 88-17955. She was given the serial number 42-86174 and then the number 90747 for the US Navy in 1945.
It was from there that she became an SNJ-5. She was posted to Pensacola base and its satellite fields: Whitting field, Saufley field and Corry field.
On board flew French naval pilots in training in the United States.
She was then purchased by Spain in 1961 from a surplus dealer.
She was used as a training aircraft, but also as an anti-guerrilla fighting aircraft, equipped with Breda machine guns in the wings and rocket launchers. She participated in the Sahara conflict in 1972.Struck off inventories in 1982, She flew 7,942 flight hours. Assigned to the Museo del aire in Madrid, She  was acquired by private owners and has been registered in the French register under the registration F-AZRB since 1994.