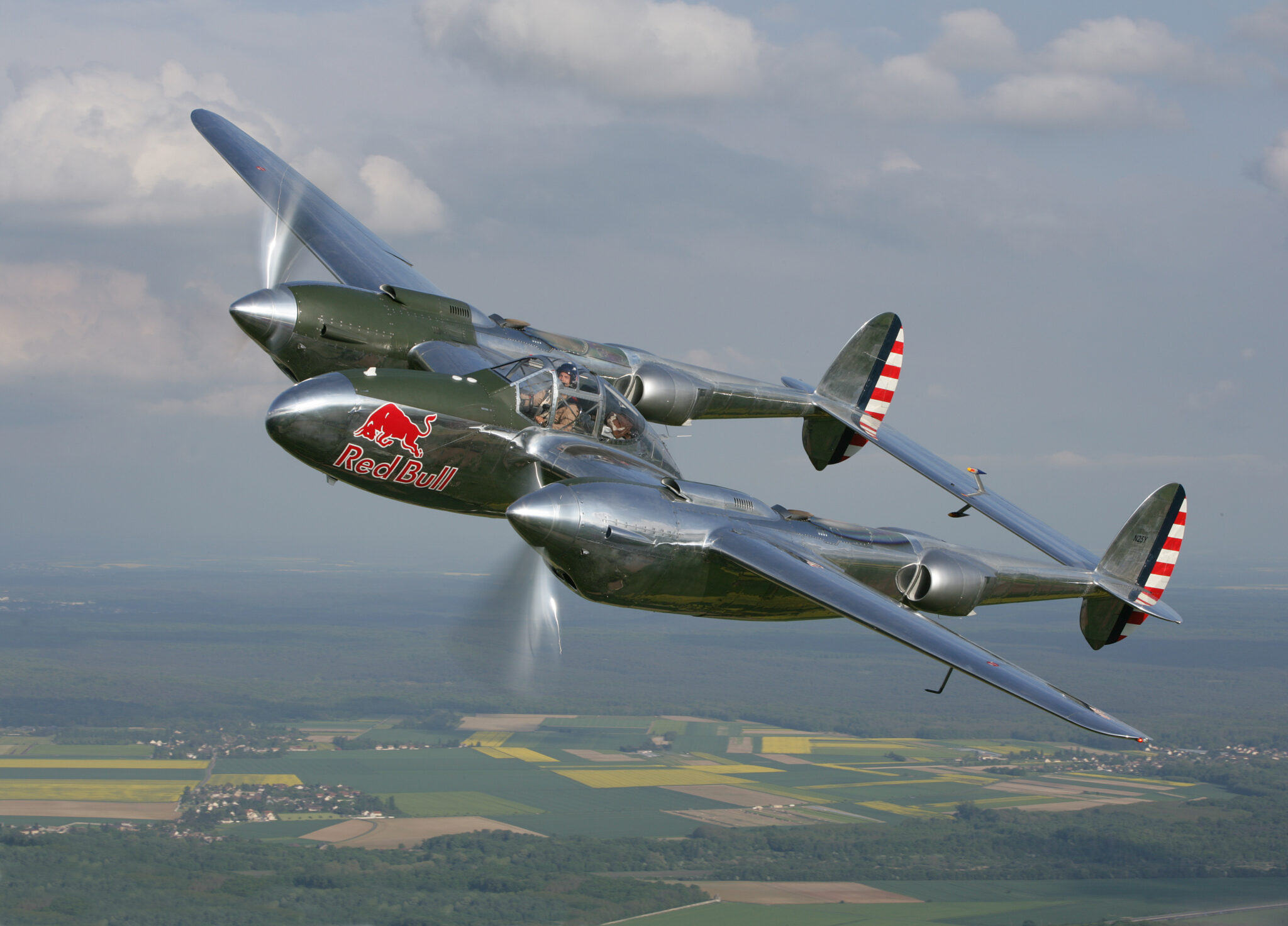 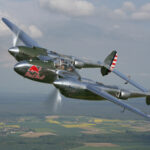 The American response to the German Air Force’s ME-109 – efficiency was the key word in development, leading to a radical construction for the time: there were two engines, but just one seat in the cockpit! The machine proved itself immediately…
General George Kenny, Commanding Officer for the South-West Pacific Area, described it as ‘my best method against the Japanese’. The General was convinced that the P-38 shortened the Second World War by a year.
After military use, its sporting career followed – The P-38 won in many air races . At the time it was the flying heroes of the forties and fifties at the controls.
In the sixties, aviation legend Marvin ‘Lefty’ Gardner became involved, ensuring glamorous appearances of the P-38, including in the Reno National Championship Air Races.

It was nearly the end in 2001! Gardner’s son Ladd was at the controls, when an engine suddenly caught fire – he managed to make an emergency landing in a cotton field, but the damage was substantial!
Once The Flying Bulls had tracked down the machine to a hangar in San Antonio, the Flying Bulls had it fully restored in Breckenridge, Texas and then took it to Europe.

A flight over the Atlantic in the valuable plane, of which there are only 5 or 6 examples in the world now, would have been too risky. The P-38 was therefore shipped to Hamburg, a massive task, and from there it was flown to Salzburg by the then head pilot and founder of The Flying Bulls Sigi Angerer.