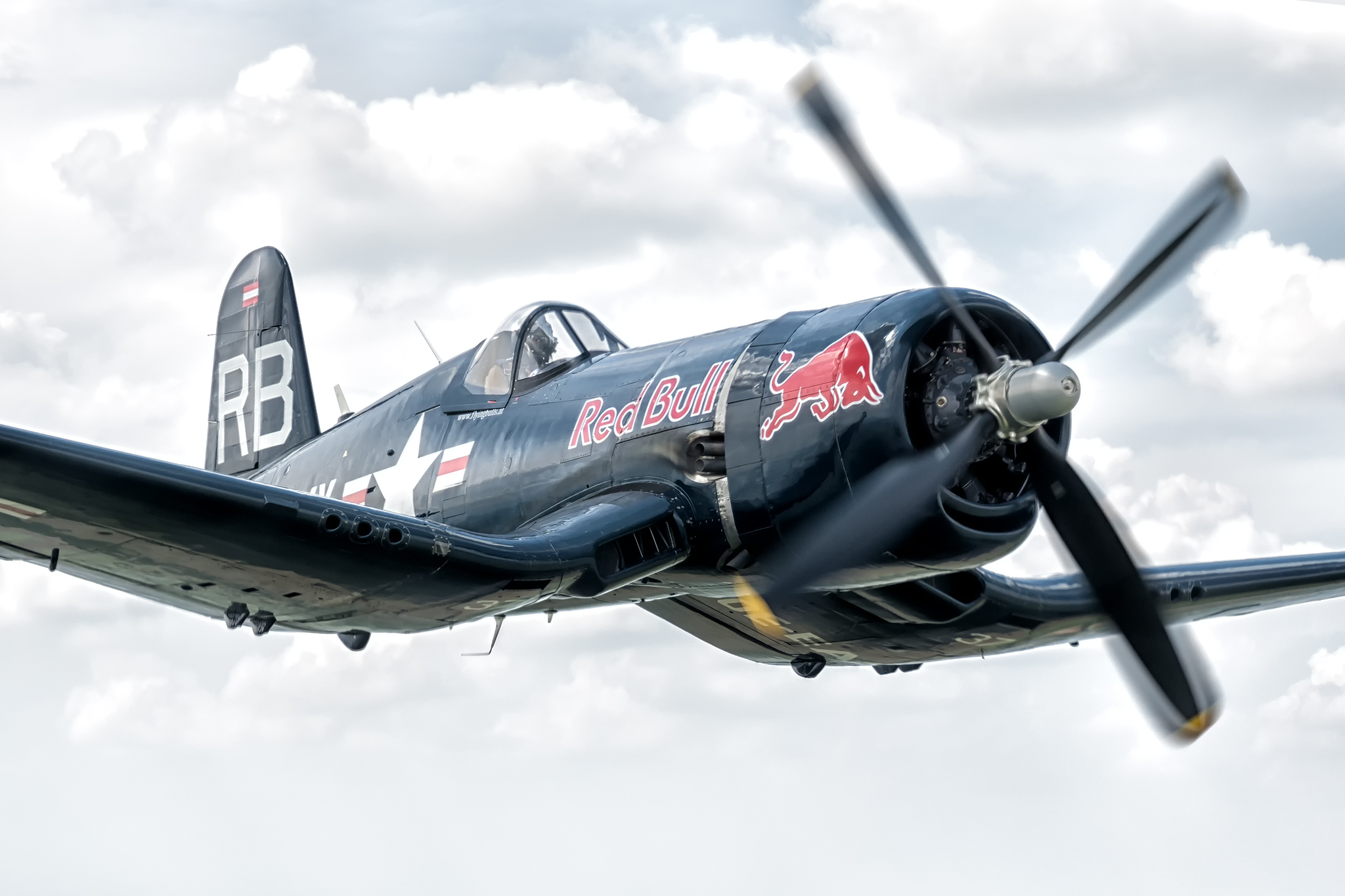 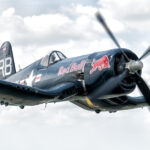 The Chance Vought F4U Corsair was designed to achieve a maximum speed with minimum drag.
Walking around it, you will notice how this was accomplished at perfection. Not a rivet, not a footstep or handle sticks out! The aluminium skin is perfectly smooth and all lines are ideally conceived to improve the aerodynamic qualities of this remarkable aircraft. With its 2,100 HP engine, and a cruising speed of 430 km/h, its characteristic inverted gull wing shape and its folding wings, the Corsair can’t be mistaken. The pilots describe the sound of the engine simply and poignantly: brutish but harmonic!

The Flying Bull’s Corsair was built in 1945. As it was delivered to the US Navy as the war ended, it was never deployed. Some years later, it joined the Honduran air force, where it remained in operation until 1965.
It was then purchased by a Texan millionaire, from whom Sigi Angerer bought it privately, years before founding the Flying Bulls company.