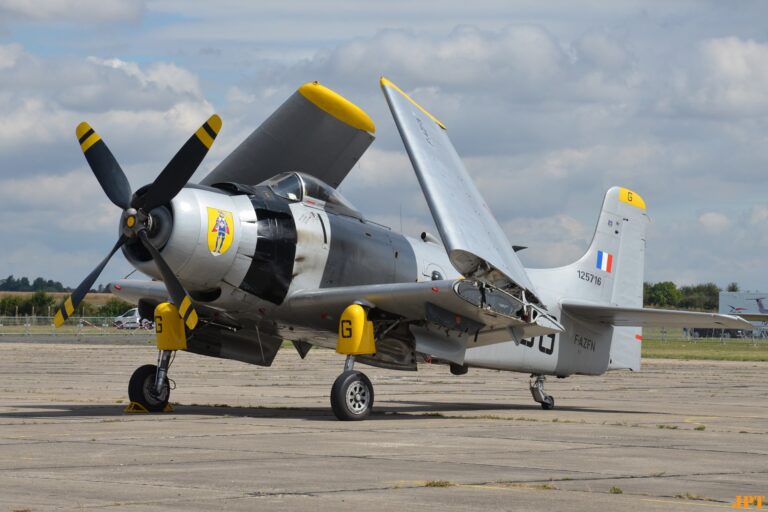 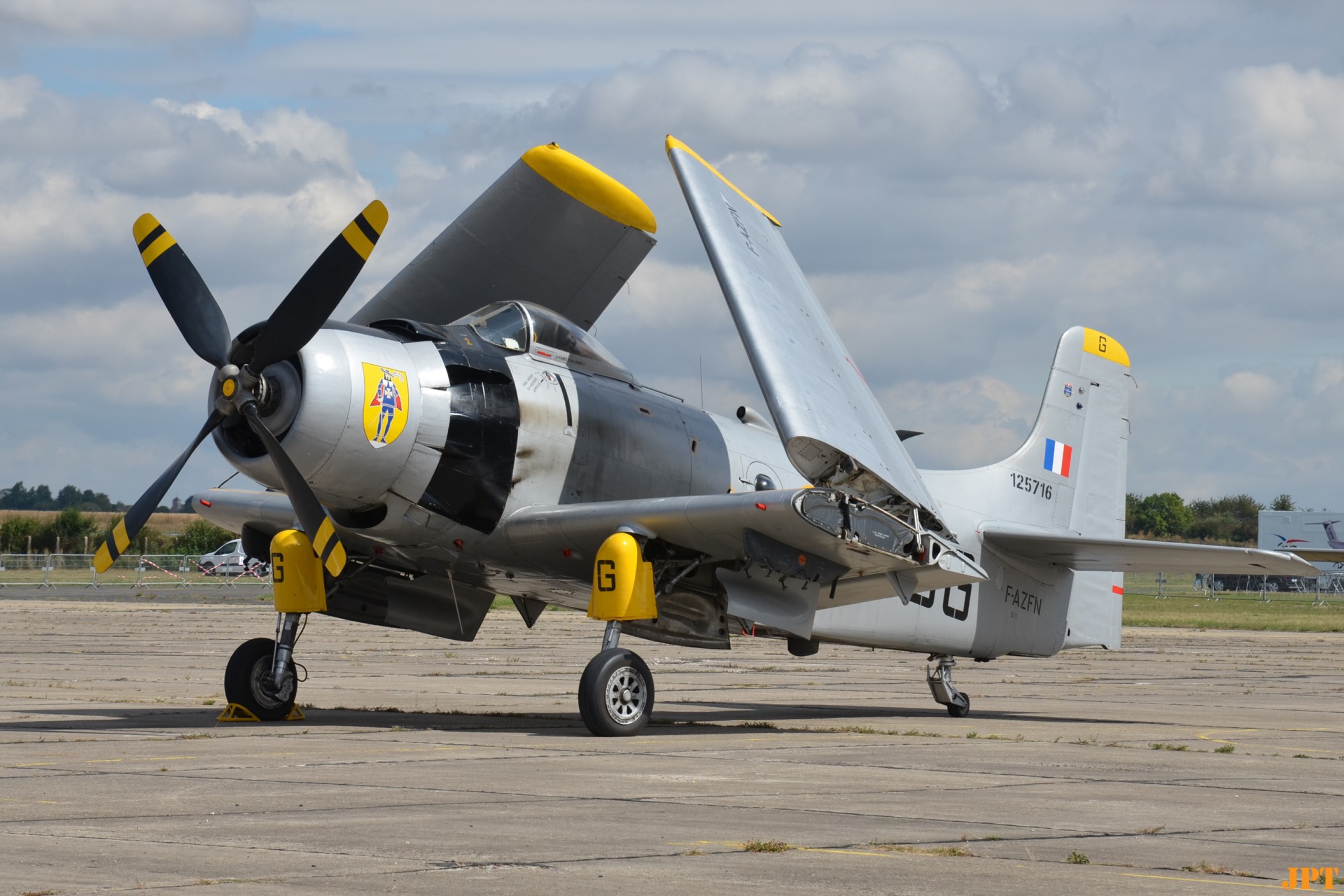 The Skyraider was designed in 1944 by Douglas in order to replace the SBD Dauntless, a reconnaissance and attack bomber. Under the name XBT2D Dauntless II, the prototype flew for the first time on March 18th 1945.
With the end of the war, the initial US Navy order was halved. The name BT2D (BT for Bomber Torpedo), 2D for second aircraft of this type built by Douglas) was changed for AD (A Attack) Skyraider.
Equipped with a Wright R-3350-24W, 2 500 HP engine, the AD-1 Skyraider first flew in Novembre 1946, followed by the AD-2 with a reinforce structure and the Wright R-3350-26W, 3020 HP engine.
Many versions of the Skyraider followed, designed for a wide variety of missions, from anti-submarine patrol to counter electronic warfare.
During the Korean War, the Skyraider proved to be a major asset.
Different versions and mission attributions followed and the Skyraider went back to war during the Vietnam conflict. Until the end of its production in 1958, 3180 aircraft left the Douglas factories, within 7 major versions.
This Skyraider is an AD 4-NA that is thought to have fought in Korea with the VC-35 between 1952 and 1953, before coming into service with the French Armée de l’Air, that received 133 Skyraiders out of the US Navy stock.
Stored on the Châteaudun air base until the end of 1975, it was delivered to the Chad Republic with five other Skyraiders, by ex-French Air Force pilots, to fight the  Libyans who had infiltrated Chad.
Abandoned on the N’Djamena airport, it was rescued and flow back by the members the association AMPAA in 1988.
After many stops in Niger, Algeria and Morocco, BuAer 125716 flew all the way to its new base at  Melun-Villaroche.
Registered F-AZFN in August 1989, it was painted back to its colours of the EAA1/22 that it was wearing in 1974.
It was then displayed at many airshows by the AMPAA, and changed hands to integrate the fleet of France’s Flying Warbirds in September 2013.