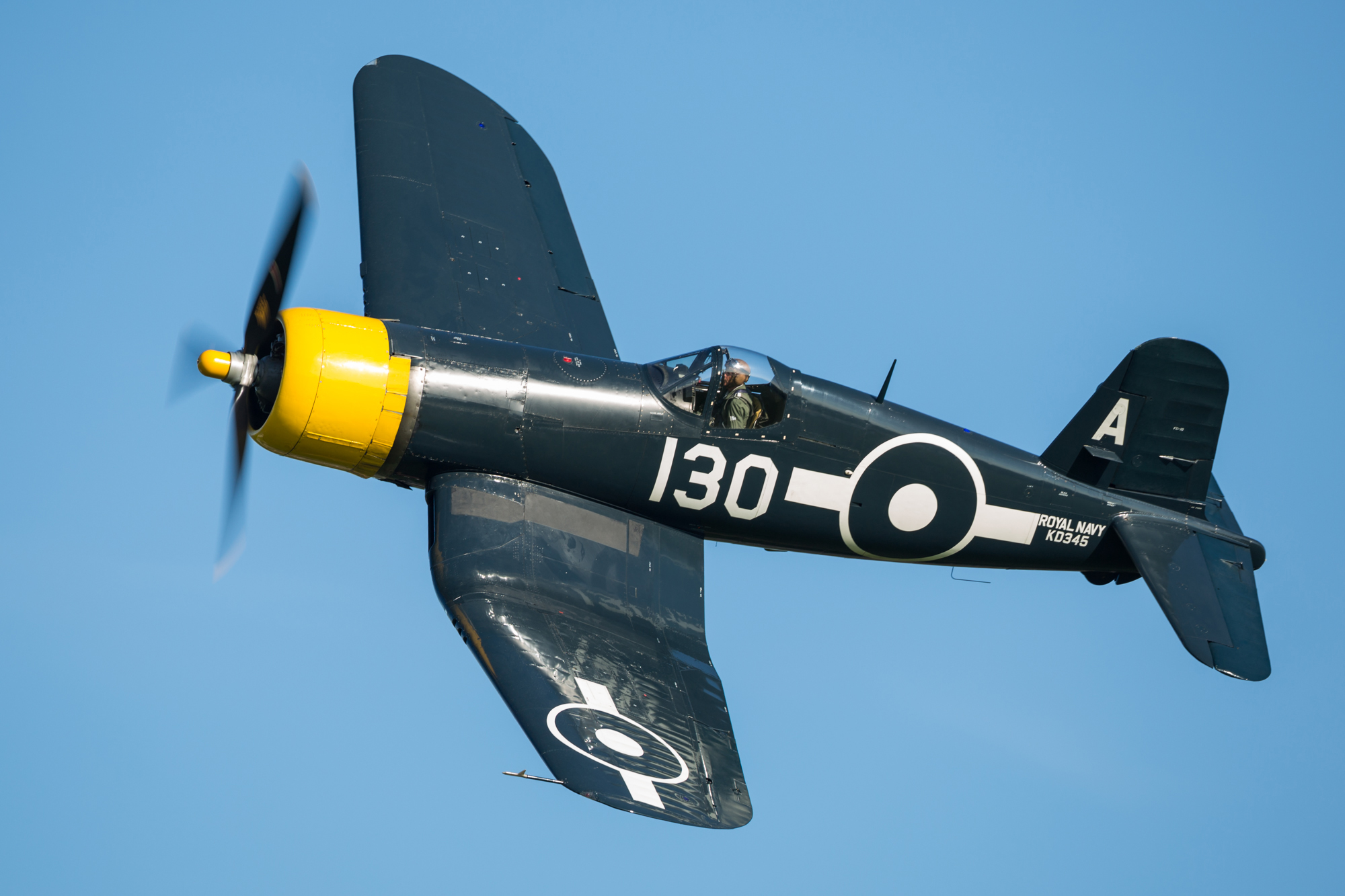 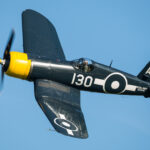 When the Chance Vought FG-1D Corsair was introduced in 1940 it boasted the most powerful engine along with the largest diameter propeller of any fighter aircraft in history. The result of this engine and propeller combination was the first fighter to exceed 400mph. Corsairs were built right up to 1952, giving the type the honour of having the longest production run of any American piston-engined fighter.
The first service engagement for the Corsair was with the US Marine Corps operating from makeshift land bases across the Pacific, and it was not until later that she was operated from aircraft carriers initially with the British Fleet Air Arm. The Corsair proved to be a formidable air superiority fighter during World War II when she was the scourge of the skies across the Pacific, and continued to deliver sterling service in later years during the Korean War.

This Corsair was built under licence by the Goodyear Aircraft Corporation at their facility in Akron, Ohio and allocated Bu No 88297. She was accepted by the US Navy on 9th April 1945 and delivered a mere two days later. She was initially dispatched to Guam in the Pacific, being allocated to the Aircraft Pool Airwing 2. The next piece of her known history has her at a Repair Depot in the Philippines, possibly Samar, for repairs in October 1945 and following this was returned ‘State-side’. This Corsair then spent a number of years being allocated to various US Naval Air Reserve squadrons as well as varying periods of storage until she was eventually put up for disposal in March 1956 with a total of 1652 flying hours on the airframe. She was purchased by ALU-MET Smelters in January 1959 and languished in their yard until being rescued a year later by legendary stunt-pilot Frank Tallman. In his book The Great Planes, Frank Tallman calls her his all-time favourite aircraft.
Frank Tallman parted with the Corsair in 1966, and she passed through a number of other civilian owners until joining The Fighter Collection fleet in 1986.
The Fighter Collection’s Corsair is an extremely original example of the type as she has never been restored and has the distinction of being one of the few still flying with fabric wings.
This Corsair is painted in the colours of a British Fleet Air Arm machine, KD345 of 1850 Squadron during December 1945, when they were embarked on HMS Vengeance of the British Pacific Fleet.