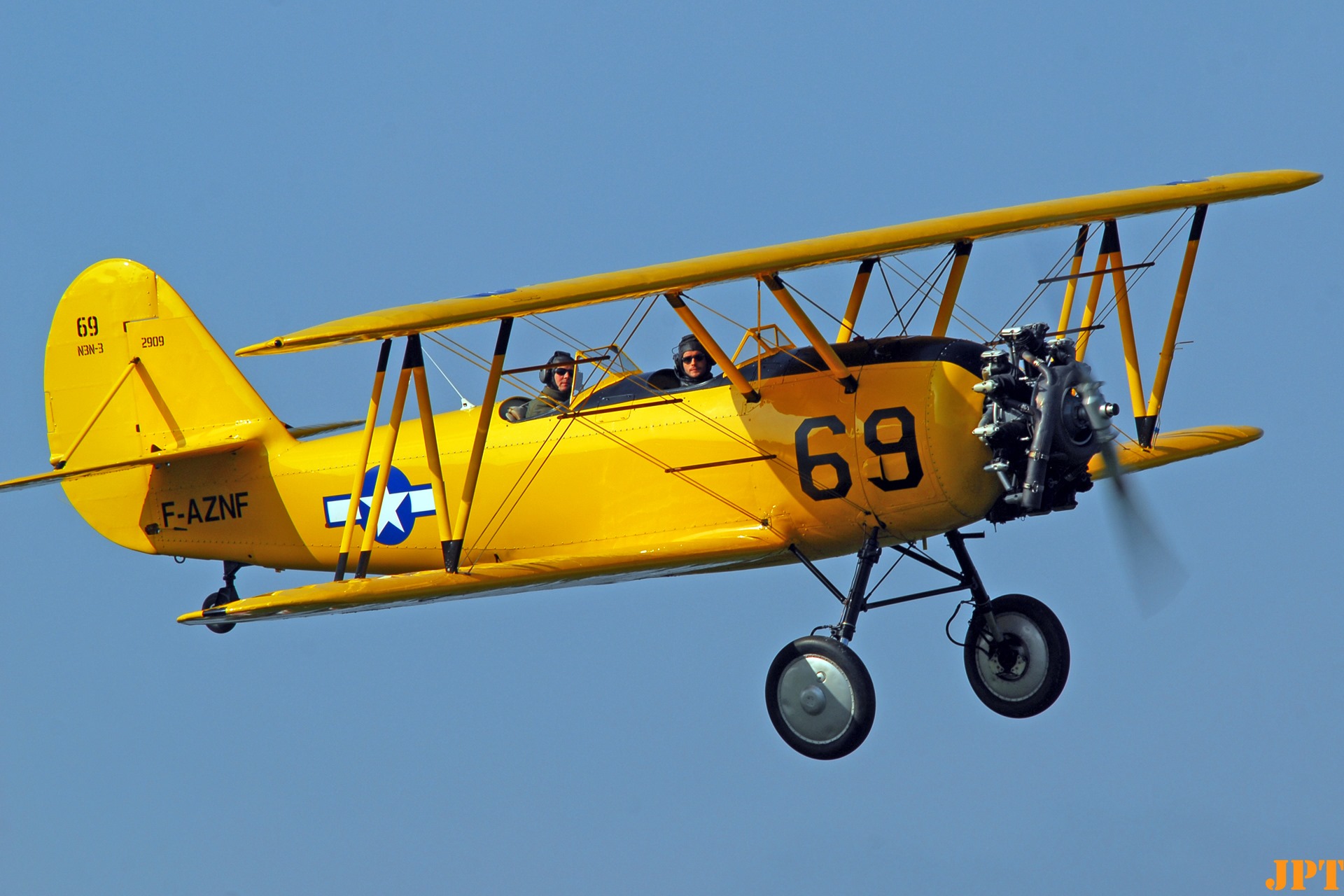 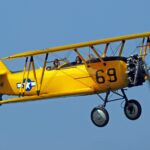 The N3N told by one of its pilots, J.P. Lafille, for the AJBS:
The N.A.F. N3N “Canary”, is a basic training biplane built by the Naval Aircraft Factory in Long Beach, California.
The marine version of the aircraft had a large central float and three smaller ones located, one at the rear of the fuselage and the other two under the end of the lower wings … In addition, an extremely rare feature, the structure of its fuselage was built, not of welded steel tubes, but of riveted light alloy angles.
Indeed, the Long Beach factory having stopped the construction of the rigid airships of which it had the specialty, it still had a considerable stock of angles in light alloy which were no longer of any use.
The engine of the N3N was a Wright 760 star “Whirlwind” developing 225 horsepower, an engine known at the time for its reliability and reasonable fuel consumption.
With more than nine hundred units, including 750 N3N-3s, built from 1935 onwards, (…) it was the last biplane in service with the U.S. armed forces, the last having retired in 1961.
Our copy is one of the very few to fly in Europe. Lighter than the U.S. Boeing Stearman. Army Air Force, it is very popular with our pilots, except, perhaps in crosswinds when landing.