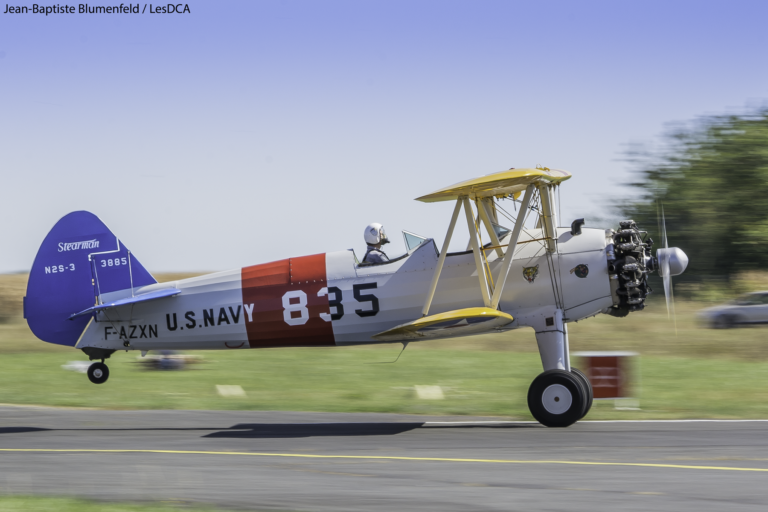 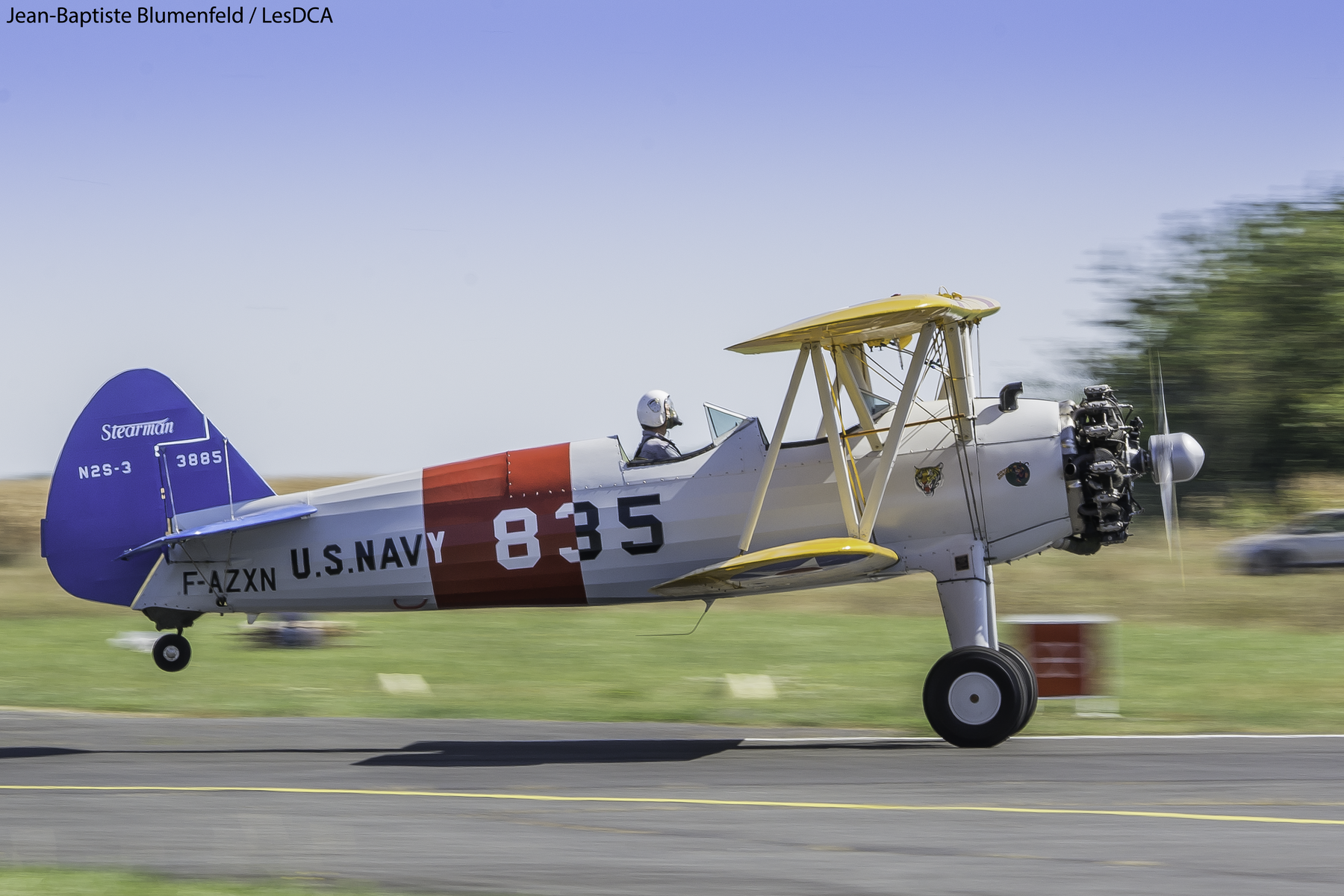 The Boeing Stearman PT-17 Kaydet takes you back to the 1930s.
This beautiful biplane, with its radial engine, has travelled through the ages, changing roles successfully.
The ‘Kaydet’ was designed the Stearman aircraft subsidiary of Boing, in answer to a request by the US forces for a basic trainer.
In 1931, Lloyd Stearman left the company that he had founded, and therefore, so didn’t share anything in the conception neither the production of the Stearman that bear his name.
Under the designation PT-13 (Primary Trainer then PT-17, according to the engine type, it became the basic aircraft trainer for American and allied pilots.
It is one of the most built basic training aircraft built, with over 10,000 manufactured.
After WWII, many of them were converted to crop-dusting aircraft.
The Stearman even made it to stardom, in movies such as North by North-West directed by Alfred Hitchcock, The English Patient, or more recently Sky Fighters.