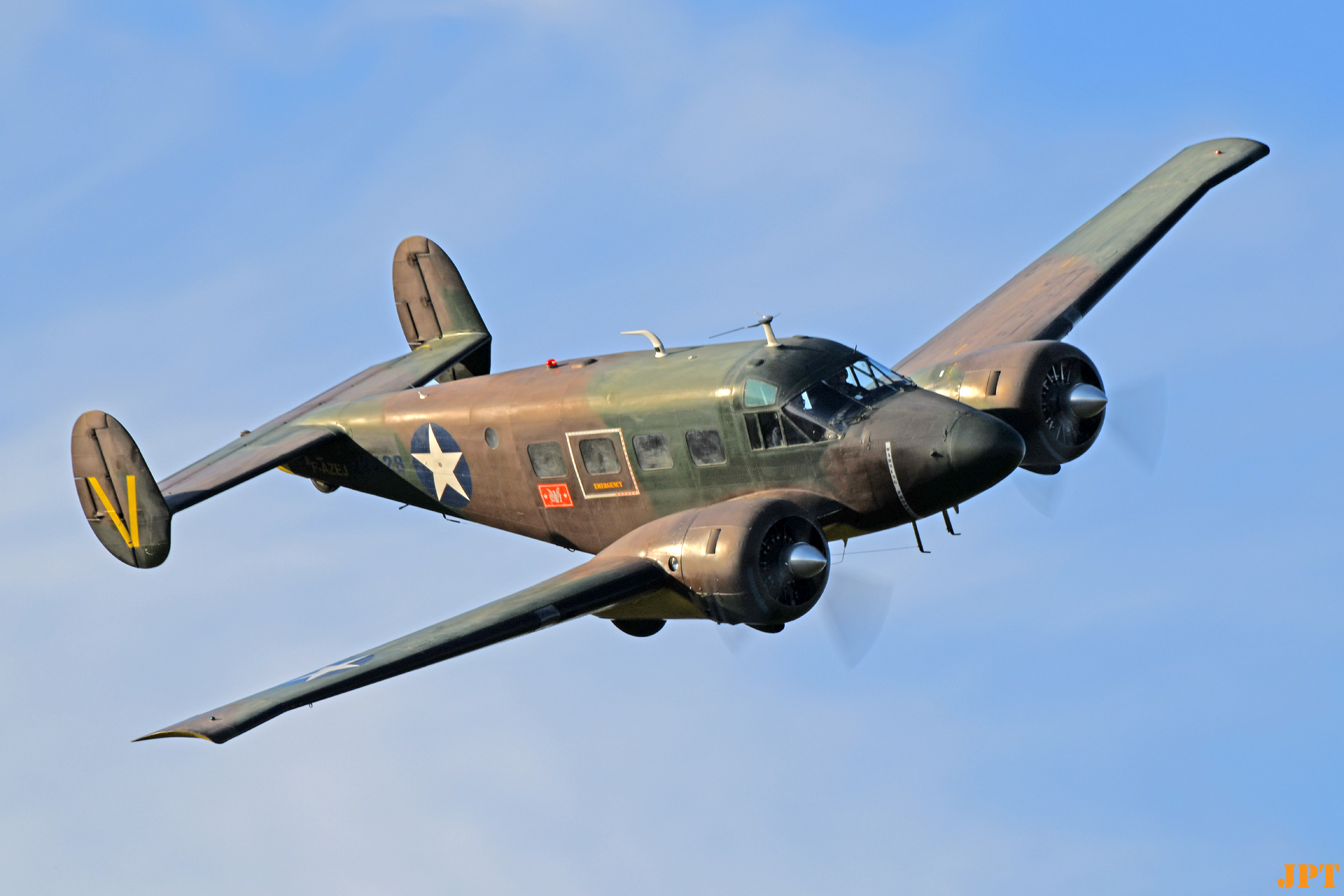 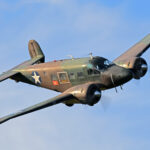 This aircraft left the Beech Aircraft Corporation factories in 1958. It was used by the Kentucky Aero Department from November 1961 to January 1970, then based in Coral Gables in Florida until its departure for France in 1973. Its new owner, the “Pyrenair” company operated it for parachutists jumps until 1979.

After its acquisition in 1983 by the Amicale Jean Baptiste Salis, it remained registered F-BTCS until 1989, then after a general overhaul, it was transferred to the collection aircraft register and received its current registration, F-AZEJ.
In the early 2000s, it received its current livery, which reproduces that of General Patton’s personal plane.