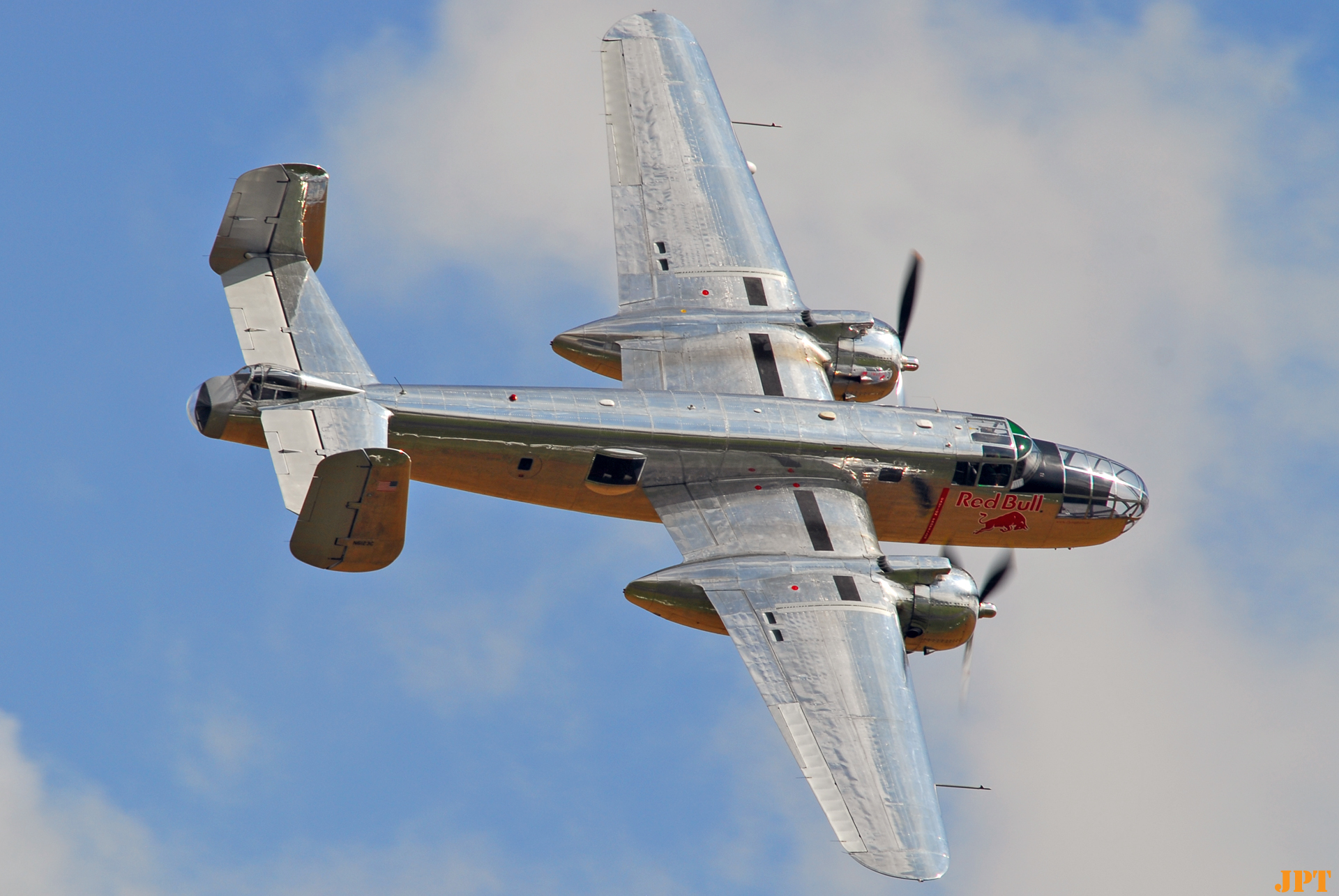 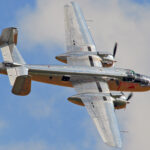 The Flying Bulls B-25 Mitchell was manufactured in 1945 in Kansas City (USA) and fortunately not used in World War 2.
It was initially used as a test platform – but it landed in an aircraft cemetery in Arizona while still young. There it was acquired by a company that wanted to convert this B-25 into a fire fighting plane – but nothing came of this.
In the eighties, this plane was acquired by an aviation club in Kansas City and was presented at air shows.

It was discovered by the Flying Bulls in the mid-nineties – and finally purchased after careful negotiations. The B-25 was immediately restored from the ground up in the USA and equipped with high-quality parts before it took off to fly over the north Atlantic to Europe in 1997.
It was time in 2001 – the silvery, gleaming Mitchell was moved to its new home, the Flying Bulls. Since then she gleams in Hangar-7 and at many air shows.