Dreams have no age and the sky knows it. Nothing is more marvellous than dreaming of aviation with its heroes, its stories and its legendary aircraft. However, few events, few air shows, offer exceptional experiences that allow everyone to encounter this history that seems so close to us. This is what gave birth to the AIR LEGEND airshows. 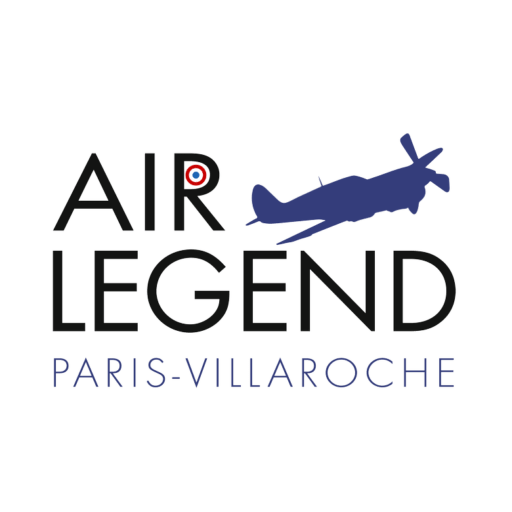 Under the direction of Christian Amara, a professional team and many volunteers contribute to deliver a top quality event, fully abiding by all safety and security rules.
With her dynamism and sharp eyes, Léa brings a new vision to the team! 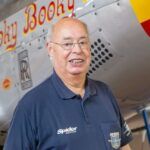 Chairman and CEO
A dynamic businessman, Christian Amara is a collector of exceptional vintage aircraft, former President of the AJBS in La Ferté-Alais, and founder of the Paris FC soccer team! 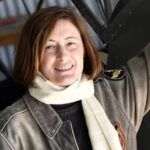 Executive director
After participating in previous editions as a display pilot, Iza joined the team in 2020 as head of institutional relations and communication. She is now coordinating the development of AIR LEGEND and managing its operations. 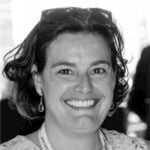 Exhibitors manager
Sandrine has been a communication and events professional in the aeronautics industry for more than 20 years. She joined the airshow's organising committee in 2022 to coordinate the exhibitors and support the communication actions.

Logistics coordinator
An experienced logistician who has worked for the London Olympics and the Tour de France among other major projects, Paul-Henri joined the AIR LEGEND team for the 2022 edition and now brings his expertise to the organisation of this annual event. 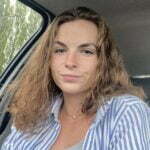 Event assistant manager
Junior of the team, Léa is studying for her "Bachelor's degree in Event Project Management". 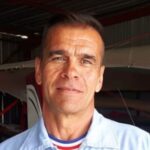 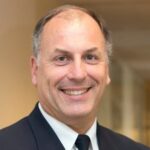 Deputy Flight Director
Thierry is an accomplished pilot, who from his early days in a flying club to managing the 1500 Boeing 777 pilots at Air France, has accumulated nearly 20,000 hours of flight time,.After participating in airshow flight management in the USA and France, he joined AIR LEGEND in 2023. 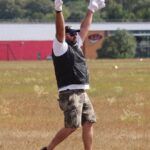 Chief marshaller
Maxime Garcia has been an aeronautics professional for more than 30 years and is the founding president of the Spot'Air association. With his extensive experience of aerial events, he joined the team as runway manager to bring experience, know-how and good humour. 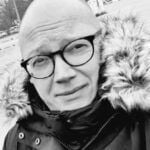 Crew reception
With a great knowledge of the French aeronautical environment, as well as an experienced manager, Guillaume brilliantly orchestrates the reception of the crews and the organisation of their accommodation and comfort needs during their stay. 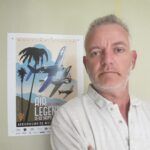 Volunteers manager
Stéphane has been involved in the organisation of the Melun meeting since 2018. Just like last year, he will be in charge of managing the volunteers present at this new edition, essential forces to support the organisation in the success of this event

Paris-Villaroche: AN AIRFIELD WITH A PRESTIGIOUS HISTORY

from a grass strip to a test flight airbase

Located 25 miles South-West of Paris, at the centre of the Brie region, the Paris-Villaroche airfield is a former test flight airbase.
This compound was occupied in turns by the French, then the German and then American Air Forces.
After WWII, the Snecma company established its offices near the runways, whereas Dassault Aviation started testing there their Ouragan, Mystère, Mirage, Balzac, and other aircraft.
Other aircraft manufacturers such as Breguet Aviation, René Hirsch, René Leduc, Morane-Saulnier, or Potez Aviation, the  SNCAN and the SNCASO are assembling their aircraft there too.

At the end of 1946, buildings and hangars are built North of the runways and then a control tower is added.
In December 1947, the Snecma – now known as Safran Aircraft Engines – start their test flights, after moving from the Vélizy-Villacoublay airfield. The engine division of the Safran group has gone down in the history of aeronautics with assembling military engines such as the M53 (Mirage 2000) or the M88 (Rafale) but also the civilian  CFM and Leap reactors, that are the most produced aircraft engines in the world. They are used, among others, on the Airbus A320 and the Boeing 737.
On the 28th February 1948, Colonel Constantin Rozanoff was the first to take off from the Melun-Villaroche airfield in a jet, a Dassault Ouragan fitted with Rolls-Royce Nene engines.
Sadly, he died in a crash on 3rd avril 1954 when displaying the Mystère IV, because of a flight control failure.

During the 1980’s, the runways are 60 m wide and 2800 meters long (1 972 m now) and 2 400 meters (now 1 300 m), permitting aircraft over 60 tons to land.
The airfield, that had been managed by the armament direction (DGA), for the Ministry of Defence for a long time, was passed on to the Ministry of Transportation in January 1982.
Test flights were then moved to Brétigny, Istres and then at Cazaux in order to avoid the busy Parisian air space constraints.

Vintage aviation, pleasure flights and the aviation industry are here developing along side each other.
In 2007, the airfield management was transferred to the SYMPAV (Syndicat mixte du pôle d’activités de Villaroche), and the airfield is now used by a centre of the École nationale de l’aviation civile (ENAC), the aéro-club « Constantin Rozanoff », the aerial work company Aéro-Sotravia, and the maintenance and painting workshops of Aéropale.

Several associations are dedicated to the conservation, maintenance and flight operation of several vintage aircraft based on the airfield : the AMPAA, Un Dakota sur la Normandie, le Cercle de Chasse de Nangis and French Flying Warbirds.
The Safran group runs also here one of their major sites. Its engine division is assembling military reactors as well as the CFM and Leap power plants, the most produced aircraft engines in the world, that are used on Airbus A320 and Boeing 737, among others.

The airfield is currently developing its business aviation offer.
An average of 50 business aircraft a month is expected within a couple of years.

Since April 2013, a handling company, Elyxan, is providing its services, with a  2 400 m2 heated hangar that can shelter a dozen of jets.