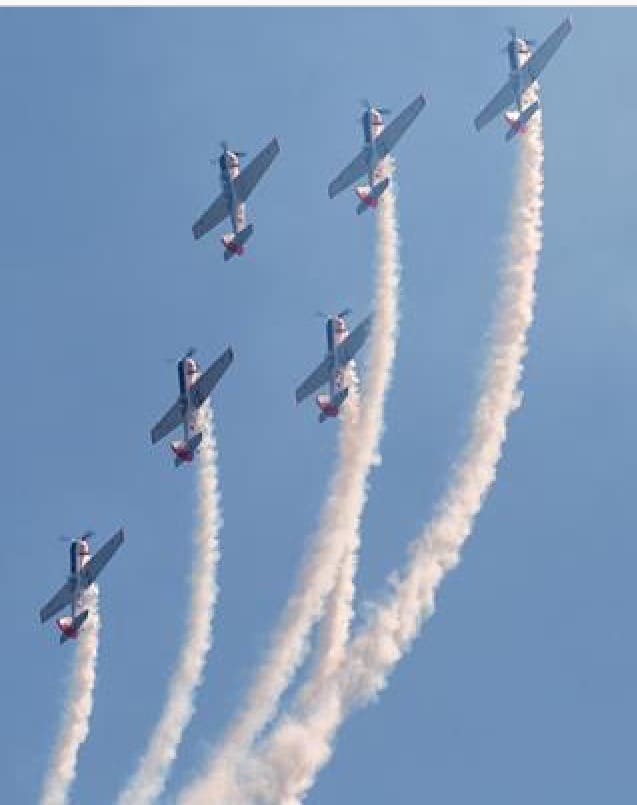 The Yakovlevs are a UK based six-aircraft formation and aerobatic display team who have earned a reputation for excellence over the last 18 years, delighting well over two billion people in the process, across four continents.

In 2012 the team broke China Central Television (CCTV) viewing figures, attracting more than 380 million spectators over a five-day period when they were displaying at Faku on the North Korean border for the first ever AOPA China Airday.

Consummate believers in pushing the boundaries of high performance, The Yakovlevs exude the highest of standards in every aspect of their operation. The team is a specialist airborne display team flying authentic cold war Soviet war-bird aircraft (made in Romania and flown in the Ukraine) in precise, yet graceful combinations of tight formations and exciting aerobatics, high speed passes and breath-taking crosses.